This medallion of saint Joseph the patron saint of workers is individually painted and fired in a kiln to the temperature of 700°C (1300°F). A solid gold 585/1000 frame is hand-engraved and hallmarked.

Hand-painted. The painting is fired into the enamel at 700°C, the surface is glossy and the back is predominated over with an ornate inscription “Ora pro nobis!” (Pray for us). It's all set in a 585/1000 hallmarked handcrafted gold frame.
The pendant will be delivered in a gift box with a certificate of originality in eight languages. Everything is already included in the price. 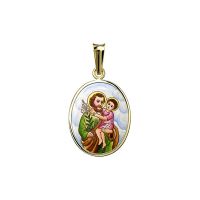 This saint Joseph the patron saint of workers medal is individually painted and fired in a kiln to ...
St. Joseph Medallion This medal of saint Joseph the patron saint of workers is individually painted and fired in a kiln ...
St. Joseph Larger Medal 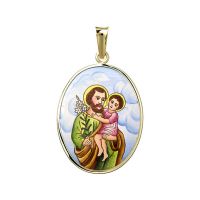 This medal of St Joseph the patron saint of workers is individually painted and fired in a kiln to ... 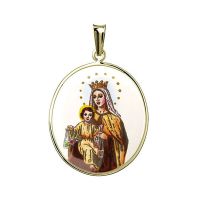 Our Lady of Fatima medal 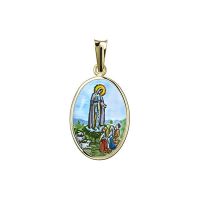 Our Lady of the Streets Saint Medallion 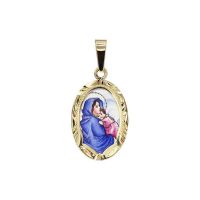 Our Lady of Manaog Medal Our Lady of Lourdes the Biggest Medal