Our Saint Christopher medallion is individually painted and fired in a kiln to the temperature of 700°C (1300°F). A solid 585/1000 gold frame is hand-engraved. 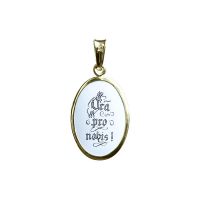 Medallion of Saint Christopher, a holy martyr and one of the 14 holy helpers. He has always been one of the most popular and revered Christian saints.
Saint Christopher is the patron saint of pilgrims, motorists and all passengers. Pilots, sailors, drivers, but also traders, athletes, doctors, miners and carpenters. He is called in bad weather, against infections and natural disasters, he is called as a helper in an emergency. He also protects against infections, plague, fire and water hazards. He is the patron saint of air rescuers. His attributes are: the child Jesus, a stick (mostly growing), possibly a tree, a wider stream of water and a man of huge stature, hermit.
He is often depicted as a man whose upbringing is close to the figure of Goliath, in the clothes of a pilgrim carrying a child Jesus Christ on his shoulders across a turbulent river, which rests on a strong stick. Legend has it that as a young and gifted man, he settled by the river to help people overcome a dangerous ford. A little boy once asked him for a help. So he laid him kindly on his shoulders but as he stepped into the water, the child grew heavier with each step. The water began to swell and reached the other bank only with maximum effort. Then he said to the boy, "It seemed to me that I was carrying the whole world on my shoulders." And the boy answered him, You carried more, because you carried its creator and your Lord. I am Jesus Christ, the king you are looking for. And because you have done good deeds, your sins are forgiven. Put your stick in the ground and the next day it will be like a tree full of flowers and fruits.
The Christian world commemorates this holy martyr on July 25. 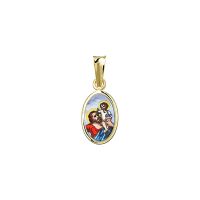 Our medal of St Christopher - Patron Saint of Travelers and Motorists is individually painted and ...
St. Christopher the Biggest Medal 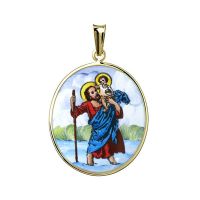 This medallion of St. Christopher is individually painted and fired in a kiln to the temperature of ...
Saint Christopher Medal 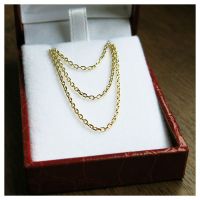